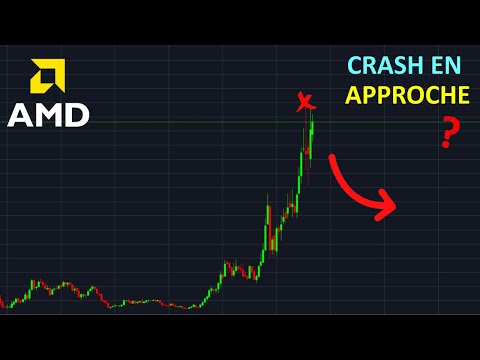 So my beautiful HD 7870 Tahiti LE finally gave up the ghost this week. Apparently it couldn't be at the worst time as all the AMD RX cards have been snatched up by bitcoin miners. So here is my quandry: do I just upgrade to a GTX 1060 and hope it keeps me going for a few years or do I pick up a stop-gap card (thinking something in the $50 range) and play on low settings until the new AMD Vega cards are released? Any insights and advice are greatly appreciated.

Hey Guys,
I'm at my wits end here. I'm trying to get my GPU mining btc so I can warm up my bedroom now that temps are falling. Seems like a cool way to keep the room cozy.
Specs:
Motherboard: ASUS F2A55-M LE FM2 AMD A55 (Hudson D2) HDMI Micro ATX AMD Motherboard with UEFI BIOS
GPU: XFX Core Edition FX-787A-CNFC Radeon HD 7870 GHz Edition 2GB 256-bit GDDR5 PCI Express 3.0 x16
Memory: G.SKILL Sniper Gaming Series 16GB (2 x 8GB) 240-Pin DDR3 SDRAM DDR3 1600 (PC3 12800) Desktop Memory
SSD: SAMSUNG 840 Series MZ-7TD120BW 2.5" 120GB SATA III Internal Solid State Drive (SSD)
Power Supply: CORSAIR HX series HX650 650W ATX12V v2.2 / EPS12V 2.91 SLI Ready 80 PLUS GOLD Certified Modular Active PFC Power Supply
So here's the chain of events:
Fresh install of Windows from the ground up. All windows updates applied.
Installed chipset drivers for motherboard (AMD onboard drivers by and large).
Installed GPU drivers (Catalyst 12.8) plus AMD SDK.
Started up CGMiner 3.4.2 (stable on other builds). Immediate artifacts.
Quit CGMiner, artifacts remain.
Reboot system, entire screen is all blue with vertical white lines, system reboots in infinite loop.
Have to start in safe mode, use AMD driver cleaner to remove all AMD drivers but can't uninstall Catalyst Control Center b/c safe mode doesn't allow msi installs (??? really?).
Restart computer, re-install video card using Catalyst 12.8, try mining, get immediate artifacts.
Tried this three or four times, using Catalyst 12.8 and Catalyst 13.1, alternating PCIe slots with video card. No artifacts until I try to mine with CGMiner (with and without GPU autotune, with and without Memory autotune, alternate using "d" or "9" for intensity, makes no difference).
Used driver sweeper to remove all AMD drivers thinking that maybe the AMD cleaner is incompletely removing drivers (bad idea with AMD supported mobo).
Restart, normal mode BSODs with BUGCODE_USB_DRIVER error, safe mode is fine. I assume video card is dead and remove video card.
Notice motherboard drivers are missing. Reinstall motherboard drivers. Reinstall video card.
Install 13.9 Catalyst.
No issues with stress tests on GPU using video games or freeware stress tests, so I assume GPU is good, plus it is an RMA replacement for a known bad video card, plus issue happened on another known good video card, so I'm pretty confident ruling out an HW issue with the video card. Memtest86+ over 24 hours revealed no issues with RAM.
Anyone else have problems with CGMiner actively corrupting video card drivers? I'm assuming that's the issue because my system is stable until I try mining, and then I have to go through all this hoopla to get my system stable again. I'm at my wits end, and will probably give up on trying to heat my room with bitcoin unless someone has any idea what the hell is going on... Suggestions?
Edit: So it appears to be the video card after all. Evidently the first video card I tried really was a driver issue. When I replaced the first one, I replaced it with a bad video card. Fucking ugh.

When bitcoin mining using cgminer and p2pool I've noticed screen tears along the taskbar as shown in this picture:
http://i.imgur.com/KIAz312.jpg?1
[URL=http://imgur.com/KIAz312][IMG]http://i.imgur.com/KIAz312.jpg?1[/img][/URL]
This issue occured with both the powercolor 7870 tahiti LE and 7950 sapphire vapor-X
It's not a temperature issue because the sapphire is running at 61ºC while the powercolor was running at 77ºC
Is this related to catalyst 13.1 drivers or does everyone get these tears due to GPU load being ~100%

I've put together two builds, one Intel-based and one AMD based, for what I think I'm after:
Here's the AMD Build, which I'm currently favoring:
PCPartPicker part list / Price breakdown by merchant / Benchmarks
and here's the Intel Build:
PCPartPicker part list / Price breakdown by merchant / Benchmarks
Thoughts that influenced my choices:
So I guess I'm after some help and suggestions. Am I on the right track for what I'm after? Are any of my requirements not realistic or unnecessary? Do you have any better suggestions?
Thanks for the help!
edit: formatting, typos.

'Fake Bitcoin' - How this Woman Scammed the World, then ...